Spotlight On: “The Rapido River Crossing of January 1944”

A Pittsburgh native, Mathew Bocian served in the U.S. Army as a cavalry scout with the 1st Brigade, 25th Infantry Division (Stryker) and the 2nd Cavalry Regiment. He deployed to Mosul and Tal’Afar in 2004, and to Baghdad for the Surge in 2007. He left the Army in 2012 and uses writing to express the harsh realities of war and its impacts. He is diagnosed with PTSD as a result of his military service. Through written expression of his experiences he has found a cathartic journey that has resonated with readers. He is the recipient of the Bronze Star and Purple Heart, and holds a master’s from the University of Pittsburgh Graduate School for Public and International Affairs.  “The Ghosts of Tal’Afar”, “Living in the Shadow” and “Operation Erdanus” 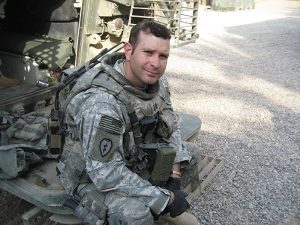