Spotlight On: Behind the Scenes: America’s Defenders Statue

Spotlight On: Behind the Scenes: America’s Defenders Statue 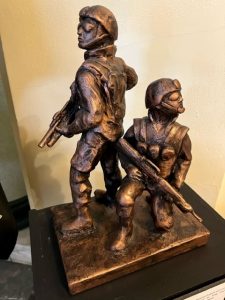 This Memorial Day, Soldiers & Sailors will proudly unveil a new statue dedicated to those who served in Iraq and Afghanistan during Operation Iraqi Freedom and Operation Enduring Freedom. The life size bronze monument will be known as “America’s Defenders” and will feature a male and a female soldier. This program will feature the statue’s artist and Soldiers & Sailors Curator, Michael Kraus who will walk us through the creation process including concept drawings, mock-ups, clay molds and bronze casting. Also highlighted will be the source materials (uniforms & equipment) and the tools that were used throughout the process. This program will serve as a special preview for a physical exhibit that will be available to the public at Soldiers & Sailors as a part of our Memorial Day Celebration on May 30th. 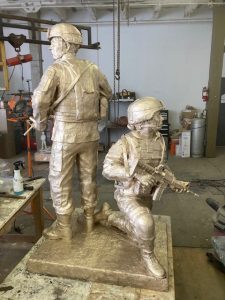 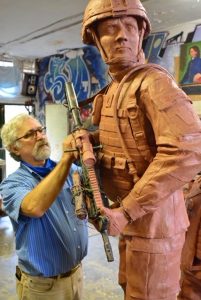