Spotlight On: Pittsburgh Stories from D-Day 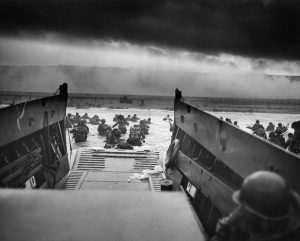 June 6, 1944 marked the largest amphibious assault in World War II as the allies invaded the beaches of Normandy, France. Also known as D-Day, there are many stories about individuals from the Pittsburgh area who participated in this historical event. This panel discussion will include historian Jared Frederick, who will share accounts from his book “Dispatches of D-Day: A People’s History of The Normandy Invasion”, a sweeping narrative which paints an eloquent portrait of the soldiers and civilians dramatically affected by what Dwight Eisenhower called “the great crusade”. Also included will be Soldiers & Sailors’ Curator, Michael Kraus who will share the stories associated with artifacts from the museum’s collection that have a connection to D-Day. Please join us to learn about this region’s contributions to changing the course of World War II. 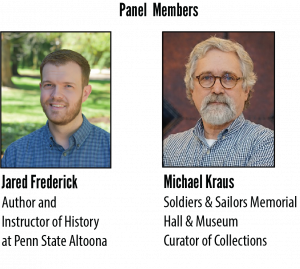 Jared Frederick has a lifelong passion for American History. His many books include Gettysburg National Military Park, Dispatches of D-Day, and Hang Tough: The WWII Letters and Artifacts of Major Dick Winters. Prior to his current position as an Instructor of History at Penn State Altoona, Frederick served as a park ranger at Gettysburg National Military Park and Harpers Ferry National Historical Park. Jared has also acted as a talking head in a number of films and documentaries. In 2019, he was a guest host on Turner Classic Movies for the channel’s 25th anniversary. Frederick is available to present a broad range of historical lectures and presentations. Visit www.jaredfrederick.com to learn more.