As America’s young men flocked to join the efforts to defeat Germany and Japan during World War II, they not only left families behind but their sweethearts as well. Such was the case with Lt. Edward Wells Tristram. A Naval aviator, Tristram was a flight instructor at Saufley Field in Pensacola, Florida for 14 months beginning in December 1942. During his time there he married his sweetheart, Marguerite Doner on July 14, 1943 before being shipped to the Pacific Theater.

Just in time for Valentine’s Day, please visit Soldiers & Sailors beginning on Thursday, February 13 to view the bridal gown Marguerite wore along with the dress white uniform worn by Edward at their wedding. Their marriage lasted 60 years. This exhibit will be a permanent fixture of our “Thinking of You” exhibit which examines the personal side of a soldier’s life.

The exhibit will be complimentary with museum admission. 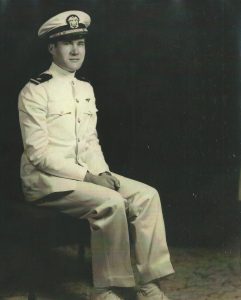 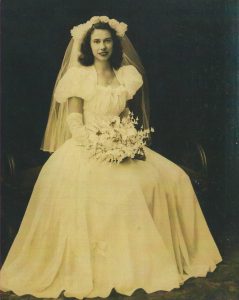