Spotlight On: The Unknown Soldier of D-Day

Activities and attractions on that date will include:

1. Soldiers & Sailors will participate in the World War I Centennial Commission’s ‘BELLS OF PEACE’ ON ARMISTICE CENTENNIAL. The nationwide bell-tolling at 11:00 a.m. will honor the 116,516 American men & women who died in WWI. The tolling of bells is a traditional expression of honor and remembrance and will commemorate the 100th anniversary of the Armistice that ended the fighting in World War I at 11:00 a.m., November 11, 1918 – the eleventh hour of the eleventh day of the eleventh month.

Soldiers & Sailors will be tolling a bell used during the launching ceremony for the nuclear submarine, USS Pittsburgh in 1984.

BELLS OF PEACE is a collaborative program, whereby American citizens and organizations, across the entire country, are invited to toll bells in their communities twenty-one times on Sunday, November 11, 2018 at 11:00a.m. This nationwide program is designed to honor those American men and women who served one hundred years ago, during World War One. The war ended by an armistice agreement between the warring countries at 11 a.m. on November 11th, 1918.

2. Soldiers & Sailors will feature a temporary exhibit that will include a never before displayed comprehensive collection of 102 World War I Division insignia patches. The patches are a part of the museum’s collection and may be the only complete collection in public hands.

3. Soldiers & Sailors will introduce new and improved World War I exhibits as a part of the museum’s permanent display area. The new exhibits will focus on technology, local participation and memorialization of World War I. 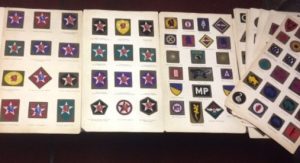